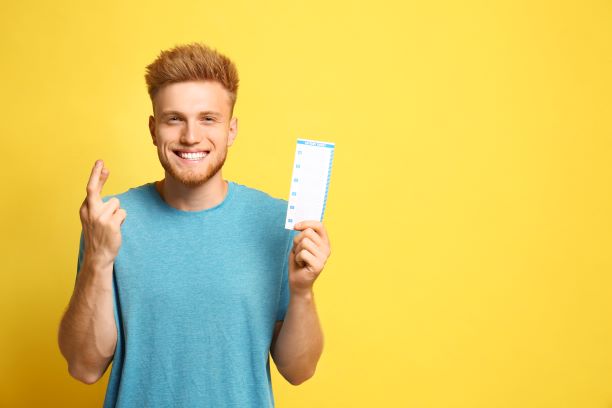 People living in Cheshire who are lottery winners

The history of lottery winners in Cheshire has seen thousands of pounds being awarded to lotto players over the past years. Among the numerous tickets holders in the UK, 154 of them are from Cheshire.

There was a renowned gathering held in Tatton Park back in 2018 to celebrate the National Lottery Funding.

Kevin and Michele Jones were two of the lucky winners who scooped £6.1m Lotto Jackpot prize back in May 2016.

Even after winning his lottery money, Kevin returned to work at 5 am at his usual job post as a bus driver. He didn’t want his customers down because of his grand success.

However, on the following day, he handed a notice to his managers mentioning that he wouldn’t work anymore and will be spending time with his wife and his loving family.

They didn’t face any financial issues. He also helped a lot of his family members who were having a problem with money. They were even able to save some money in the bank if any such issue ever occurred in their life.

Kevin and Michele Jones were one of the 33 millionaires from Crewe who were able to win the lotto prize money.

Warrington is known to be one of the luckiest places in Cheshire producing 64 lottery winners.

The next couple in our list is Annette and Andrew Dawson, from Bolton, who won £1m on the Euromillions draw held back in August 2015. This lotto prize money also included a trip to Cambodia.

The couple still goes on with their regular jobs every day, even after winning the lottery.

Annette, 44, is an accountant and Andrew, 49, is a master ski boot fitter who renovates properties.

They were out of town when they heard that they won the big lottery, which of course they did not believe until they saw the prize with their own eyes.

They were on an abroad trip to Bulgaria. They didn’t have the necessary internet connectivity to see how much they won. Their sister Andrea sent them a screenshot of the amount they won, and after seeing it, they were quite stunned!

The couple spent their time to look for new cars while they had the prize money with them.

The residents of 1SG Hartford were able to celebrate a good time in January 2016. A total prize of £3 million was offered where each of the lucky winners was given between £11,000 and £400,000 respectively.

During a special event at The Mere Golf Resort and Spa, the winning postcode of CW8 1SG was revealed.

One of the players was a teaching assistant named Caroline Askew. The other person was a computer sciences teacher named Kim Harding, each of them receiving £400,000 in total.

Five lucky players received £25,000 individually when their postcode was drawn for the massive prize in September 2016.

Two of the known winners were Alison Astles, and the other one was John Pickering.

Each of them was quite stunned once they were announced as the winners for the massive prize money.

One of the lucky residents from Mobberley chose to remain anonymous while receiving lumpsum prize money of £50,000 in the year of 2020.

Ashley Fenton was at work when the good news arrived at their doorstep. Another neighbour of theirs named Sam Cotton won the £30,000 at a perfect time when his second child was on the way.

The history of the lottery goes back 25 years when it first began scooping huge prizes.

Andy Cater, Senior Winners’ Advisor for The National Lottery said that over the past 25 years of all the National Lottery players, from the biggest jackpot of £170m in October 2019, seven millionaires were produced every week in the UK.

Over 200 life-changing projects were successful in the UK postcode district, producing a significant impact on the country’s communities. The total grant which was generated for these projects were 565000.

The first draw was made back in November 1994, when 5000 people all over the UK were awarded £71billion in prize money.

A total of 32% of the People’s Postcode Lottery ticket sales goes directly into charities and winner who could raise more than £500 million donated quite a reasonable amount of the cash prize to various NGOs and charities.

It is always a good idea to invest a bit of your money on purchasing Mega Millions jackpot lottery tickets, might be you that gets lucky next time!