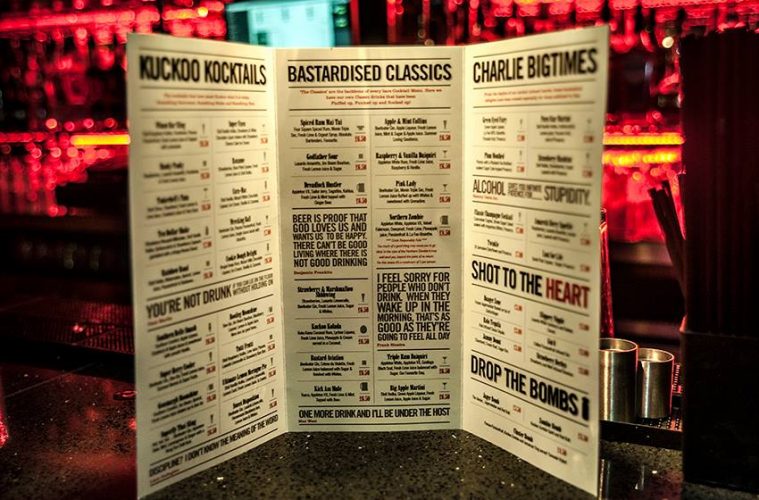 Described as a unique blend of mind-blowing cocktails with an infectious music policy, this new city centre venue is all about having fun!

Nestled away in a heritage listed building on Watergate Street; Kuckoo oozes class but is decidedly unpretentious. Open from 5pm every day, the boutique bar makes it virtually impossible for patrons not to have a good time – with sing-along Rock and Roll music through the ages, an impressive cocktail menu and an uber-friendly team of expertly trained bar tenders.

Richard Powell is one of the North West’s top bar tenders and owner of Kuckoo. He says about the new city centre bar: “Kuckoo has all the credentials of a world-class cocktail bar, with its luxe interior and supreme customer service, but the atmosphere created by the staff and the music is unlikem anything Chester has seen before.”

Kuckoo in Chester is the second bar of its kind in the North West, with Kuckoo in Preston achieving a strong cult following in its first few years of opening.

An evolution of the original venue, Richard explains why opening the latest version in Chester was an obvious choice. “Chester is already known for its vibrant social scene with a number of places doing some really interesting things with food and drink. Kuckoo is not only somewhere for people to kick back and let their hair down, but begins to rival bars in places like Manchester and London.”

Kuckoo launches with an exclusive invite-only event on Thursday 25th April. Doors will be open to the public on Friday 26th April.