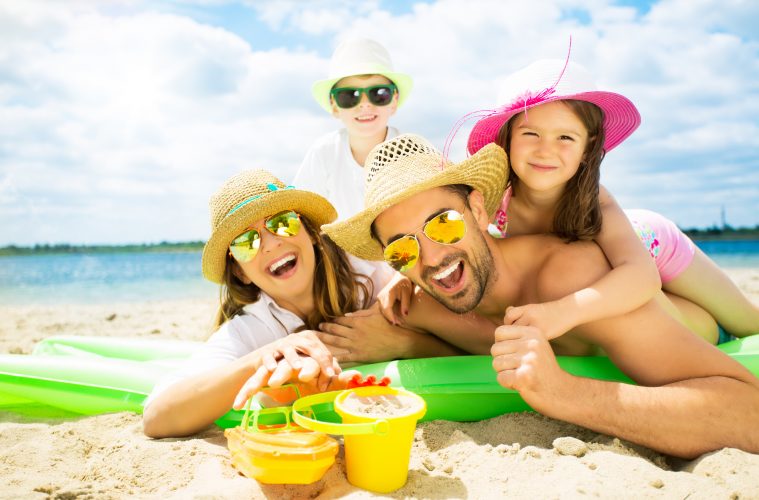 Branson and Clooney? We’d rather go with family

As we prepare to embark on the annual family break, a fair amount of us will admit to having day-dreamed about holidaying with an international film star.

But it appears we Brits have a taste for home-grown favourites, spurning Hollywood stars for national talent.

For when holidaymakers were asked who they’d most like to stay with for a national survey, Virgin boss Richard Branson pipped both George Clooney and Johnny Depp to the post.

The UK’s favourite entrepreneur secured a third of the votes in a poll carried out by holiday rentals specialist OwnersDirect, with one holidaymaker reasoning: It would probably be a spacious place in the country with good books and nice food and George Clooney wouldn’t fancy me, let’s face it.

Chef Jamie Oliver came a close second with just over 23%, although it’s unclear whether his supporters just want to be assured of a good meal, while Hollywood heart-throb George secured a miserable 11% of the votes.

Other big names who made it in the top 10 were Elton John, Bradley Cooper, Oprah Winfrey, Angelina Jolie and Pippa Middleton, who still only managed to achieve just nine per cent of the votes between them. Historian David Starkey just managed to scrape into the top 10 with 0.3% of the votes – but did manage to beat Oprah.

However nearly 60% of Brits plumped for their partners over Branson while 48% opted for exotic outings with family and a select three per cent prepared to go solo.

Owners Direct also found via its Facebook page that holidaymakers would choose the Med over a holiday in outer space, with cosmic trips on the cards from 2013.

The survey also revealed the number one country people would most like to visit is Australia, which beat tropical destinations such as the Maldives and Hawaii, with New Zealand coming in second and India third.

When it comes to holidays of a lifetime, many Brits are up for an adventure and want to travel to places like Antarctica, Madagascar and Machu Picchu, Borneo.

While others opted to holiday closer to home, choosing Scunthorpe as their dream destination.

However the majority of UK holidaymakers are sticking to that old favourite – Spain – when it comes to this year’s annual summer break.

The beloved British family destination is closely followed by other Mediterranean hotspots including The Canary Islands, Greece, Portugal and France.

The survey also discovered that Brits are opting to take just as many holidays this year, preferring to cut back on spending rather than their number of treasured trips. Just under 80% of people quizzed took two or more holidays in 2011 and are planning to do the same again this time around with only 10% intending to cut back.

Over 80% plan to go self-catering but many – 75% – still aim to eat out more than four times a week. The current economic climate is however having an effect for more than a third of those questioned with 70% admitting they will be spending less in the sun, in contrast with a tiny one per cent who say they’ll be getting a bigger bill.

As well as dreaming of exotic holiday destinations and celebrity companions, almost all Brits have aspirations of owning their own holiday home. The survey revealed the favourite places to own one would be France, Spain, Greece, Italy and Portugal with the South Coast of England also proving popular.

One person even thought Birmingham would be the ideal location for their holiday home!