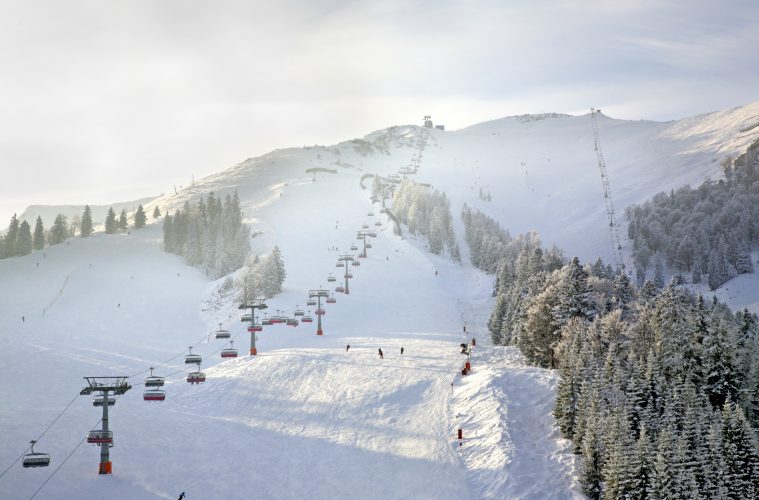 For ski lovers there is really no better place

The Austrian Tirol region has already seen lots of snow, and this winter will see the opening of the Ski Jewel, connecting the Alpbach and Wildschönau valleys, new hotels in St Anton, East Tirol and Kappl, as well as investment in infrastructure and new direct flights from Manchester to Innsbruck.

The opening of the Ski Jewel is the conclusion of 11 years’ work to bring together the Alpbach and WildschÃnau valleys, aleady well respected ski areas in their own right.

The Jewel will offer 145 km of pistes served by 47 lifts and, in conjunction with the existing Poeglbahn cable car from Inneralpbach, the new eight-person cable car to the Schatzberg, will see the region enter into the top ten of Tirolean ski centres.

The new Wildspitze cable car replaces Austria’s highest ski lift, the Pitz Panorama gondola, to take skiers and boarders more than two km in under six minutes to an altitude of 3340m to the Hinterer Brunnenkogel.

At the top station is Austria’s highest cafe, with breathtaking views of the Wildspitze at 3774m, the country’s second highest mountain and more than 50 surrounding Pitztal mountains over 3000m. The skiing area of Osttirol is less well-known to Brits and as an exclave of Tirol, shares no border with the main state.

Home to the Hohe  Tauern National Park with the largest ski area being the GroÃŸglockner Resort Kals-Matrei with 110km of pistes, the region this winter welcomes the opening of a new resort, the four-star Gradonna Mountain Resort.

Situated in an enviable position at the bottom of the slopes, the complex offers superb views of the GroÃŸglockner, Austria’s highest mountain. Opening in December, the hotel brings together contemporary design with tradition – bedrooms are made of Zirben, a stone pine renowned for its therapeutic properties which should ensure guests get a good night’s sleep ready to hit the slopes in the morning!

Kappl is situated along the Paznaun valley and is located just before more famous big brother, Ischgl. The resort steps up a gear this season with the opening of the Zhero Fashion Hotel, offering 60 luxurious rooms, nine suites and five penthouse suites as well as a large spa, beauty and fitness centre.

St Anton am Arlberg led the way last season with the opening of new hotels and this winter sees the addition of the four-star Anthony’s Life & Style Hotel to the list of luxurious options on offer. Meanwhile, Inghams has a stylish new mountain lodge complex and specialist ski company VIP SKI has added St Anton for winter 2012-13 for the first time.

Ski Club Freshtracks has introduced an Austrian Off Piste Weekend in one of the best-kept secrets of the Tirol, Fieberbrunn which is famed for hosting the Swatch Freeride World Tour in and boasts some of the best snow records in the Kitzbuheler Alps.

And Neilson is launching a range of Snow Skills freestyle courses for adults and teenagers at the Vans Penken Snow Park in Mayrhofen, which was last year voted the best park in Europe.

Crystal Ski offers free lift pass for children up to 15 in all resorts of the Ski Welt (SÃ¶ll, Ellmau, Scheffau, Westendorf and Hopfgarten) and a new flight from Liverpool to Salzburg for resorts in the east of Tirol.