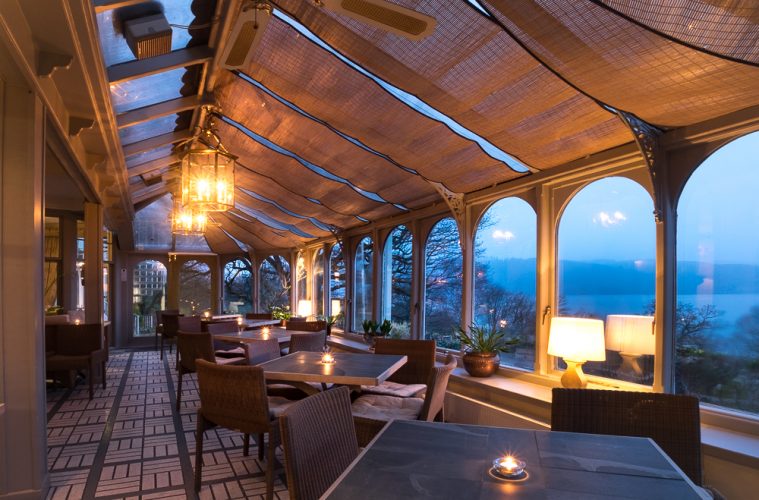 Miller Howe, a hotel with pretensions to five star luxury status, has three-star accommodation, three star service and four-star food, but all of it is irrelevant, like assessing a Picasso painting through the quality of paint. The views across Lake Windermere from the bedrooms, the dining room and the terraces are what matter; and no star system has yet been devised to rank such a view. Five star? Then only God will know what a six star view looks like. Quite simply, Miller Howe boosts one of the best views in all of England.

Now before readers put pen to paper describing their own little pieces of lake district Heaven, let me say that many, many hotels in the area hold lakeside views and around Windermere they are not particularly uncommon. But this is THE view, a beautifully proportioned and balanced tableaux of lake and mountain; as if for this hotel alone the lake had put on its make-up.

For the hotel this is fortunate. It sits, or rather squats, on a bend on the main Bowness to Windermere road, squashed at the front of a site where it fails to make much of an impression. Inside, the feeling of trying to punch above its weight continues. The rooms, or suites, are on the small side and although our room, The Rosswaite, was beautifully decorated in an oriental style, it still had the feeling of being a little cramped.

The bathroom, also beautifully decorated, nonetheless was a triumph of design over practicality. The hand-held shower, in a wonderful Victorian roll-top bath, was, without question, the worst shower in terms of power I had ever come across outside a bed and breakfast. Advice to visitors to this room is simple: take a bath.

Downstairs things were also a little cramped, particularly the bar area. But the dining area which has obviously recently been refurbished and extended is a wonderful space in which to enjoy food that with a little tweaking would be matching Sharrow Bay. 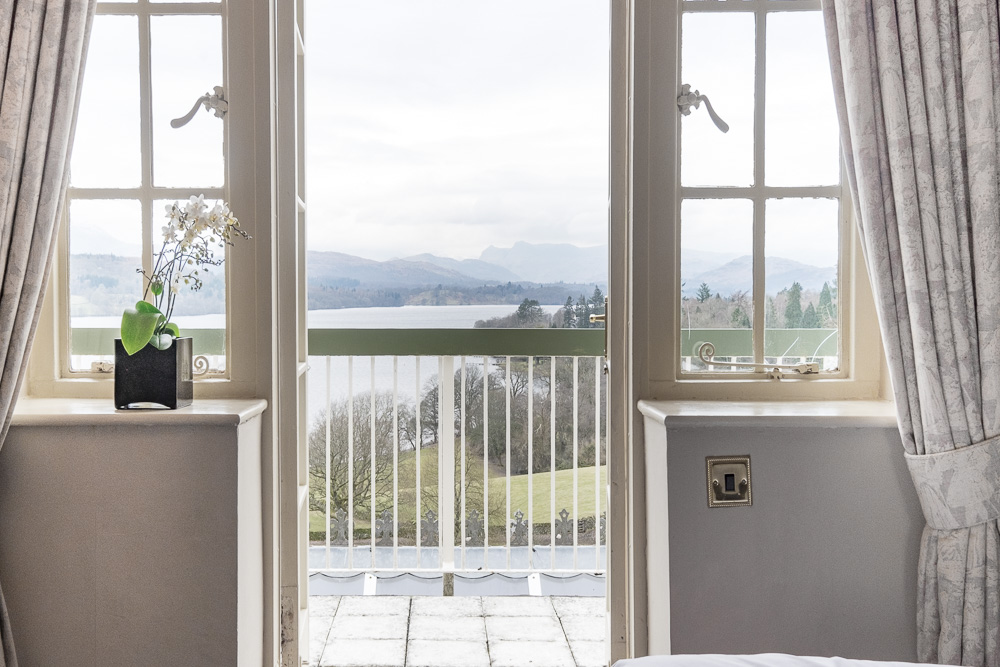 There was also a friendly atmosphere in the hotel. When we were there the staff were entirely British, which nowadays is worthy of comment, but they had none of the surliness usually associated with British staff – and indeed what they lacked in Germanic efficiency (the recommended wine turned out to be unavailable) was countered by a down-to-earth service ethos. They made guests feel welcome.

At over £200 per room, per night one might have cause to grumble about the no-power shower, or a television set that would blush in a Premier Inn room, but that would be to miss the point of this hotel entirely. Sit on the terrace, nursing a drink as the evening sun disappears over the mountains and the price appears ridiculously cheap. Highly recommended.

The reviewer stayed at the Miller Howe at his own expense.