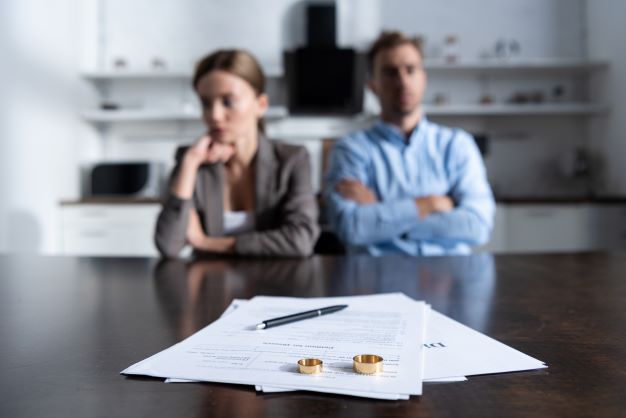 No Fault Divorce Law: What is it and when does it come into effect?

The law on divorce is changing: even though UK divorce rates are gradually falling, it’s still important to know your rights if you need to end your marriage. In this guide, we’ll offer a simple overview covering what the new law entails, explaining some of the biggest changes that come with it.

Before you apply for a divorce, read on to find out more about the latest changes to the legislation surrounding divorce – and what it could mean for you and your family.

What is the new No Fault Divorce Law?

The Divorce, Dissolution and Separation Act 2020 will reform the legal requirements for divorce alongside the processes involved. The act aims to reduce conflict between divorcing couples by:

Furthermore, the act calls for a minimum 20-week period between the start of proceedings and the submission of a conditional order application. This time is intended to provide couples with the opportunity to reconsider, offering a chance for honest reflection or marriage counselling. Or, for situations where divorce is unavoidable, couples can cooperate and plan for the future during the 20-week period.

The end of the blame game

Because the new No Fault law removes the ability for one divorcee to make allegations about the behaviour or conduct of the other, you’ll no longer need to provide an approved reason for permanent separation.

Traditional grounds for divorce, including adultery, will no longer be officially required, and divorce applications will be granted immediately instead. Furthermore, outdated terminology will be replaced. Where the person applying used to be called the ‘petitioner,’ they will now be referred to as the applicant.

Couples will now be able to file for divorce mutually, and it will no longer be possible for either partner to contest the divorce. This will be a welcome change in legislation for victims of domestic abuse, giving the opportunity for immediate escape.

The recent changes to divorce law have sparked controversy, but it is hoped that taking away the blame will help couples to focus on approaching and resolving their issues before deciding to separate permanently.

Carrying the emotional weight of divorce is extremely tough. For several reasons, facing the logistical steps and paperwork involved can seem almost impossible – and often feels like an unwelcome element of closure. However, specialist divorce solicitors based in Manchester and surrounding areas can help you gain a clearer understanding of the law and learn the most effective ways to work around it, facilitating a much smoother process.