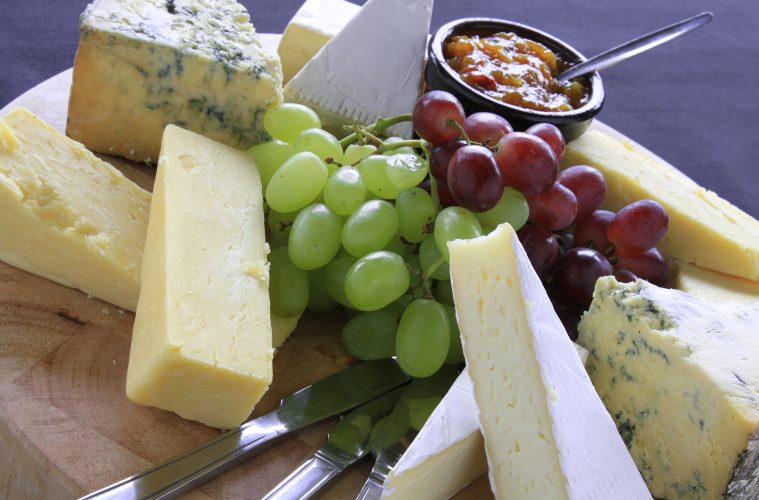 From Stinky Bishop to Cheddar, over 300 cheese makers will go nose to nose in a competition at this year’s Cheshire County Show.

Supported by Booths supermarkets, the aim of the contest is to discover the very best produce – whether it’s made in a special way or simply the best of its type.

And spectators will be able to taste their favourite sliver – be it from their hometown of Cheshire or Brie from foreign shores.

“Last year the cheese section had over 300 entries from across the UK and an even stronger entry is expected in 2014,” said Edwin Booth, Chairman of Booths.

“We specialise in cheese that has a story – whether its Mrs Kirkham’s Lancashire, still made with the equipment used by Graham Kirkham’s grandmother, or Wensleydale made with raw milk for a rounder flavour, as it once was in the farmhouses of the Dales.

“We are fortunate to have a wealth of exceptional cheese makers in the North West and further afield and this event showcases and celebrates the very best quality cheese available. Visitors will get an insight into the artisanship and skills involved in cheese making and meet some of the producers behind the cheese on our shelves – you may even meet a cow from the dairy that has helped to produce it!”

Edwin Booth, Chairman of Booths will also be judging the trade stands in the food hall at this year’s show.

The 2014 Cheshire Show on 17th and 18th June at Tabley showground near Knutsford, marks the fourth year of a campaign to halt the decline of Britain’s oldest cheese and turn around the fortunes of ‘real’ Cheshire Cheese in the face of a stark fall in production.

Pre World War II there were over 200 Cheshire Cheese producers in Cheshire but changes in retail trends, the growth of cheaper mass produced pre-packaged cheeses, and an increase in other cheese varieties on the market means there is now only six local producers left.