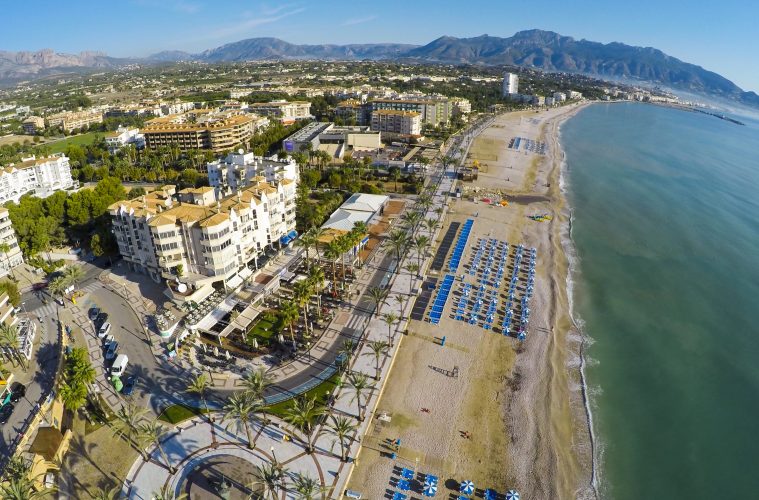 Real Spain on the Costa Blanca

If you’re looking for a cultural break to Spain but you don’t want to stray too far off the well-beaten tourist track of the Costa Blanca, consider Altea.

Despite lying just north of Benidorm and within an hour of Alicante by car, the city has the feel of an unspoiled Spanish fishing village. Remarkably, it has managed to retain its small-town charm and natural beauty despite the invasive spread of tourism in the area. It is the Costa Blanca, but not as you know it. Altea is nestled in the edge of the mountains of the Sierra de Bernia and offers some of the most beautiful views of the Costa Blanca. Local regulations banning high rise hotels and buildings mean Altea is the area’s least overdeveloped city and certainly the most attractive. Its Spanish feel attracts tourists who want to break away from the usual offerings of towns and cities with endless British pubs, fish and chop shops and clubs. Altea has an attractive harbour and seafront boulevard alongside the pebbly but picturesque beach that surrounds the town. At its centre is the Plaza de la Iglesia, a popular gathering spot in the evening with beautiful views of the Mediterranean, and from which lead narrow cobblestone streets.

By day you can stroll through the Old Town (Casco Urbano), which sits atop a hill overlooking the sea and is dominated by the famous church of Nuestra Senora del Consuelo, a piece of Mediterranean architecture with a blue tiled doomed roof. From there you can lazily meander through attractive cobblestone streets, past whitewashed houses, watch the fish unloaded daily at the busy harbour, relax on the pebbled beaches or shop at the weekly craft market near the harbour, where you can buy arts and crafts from local artisans. The market is open from Easter through to September.

A short drive to the little hillside villages surrounding Altea is a must, especially La Nucia to the north, which has a bustling Sunday market.

Evenings in Altea are a far cry from the chaos of Benidorm. Eating good food comes before drinking gallons of beer. The Old Town has plenty of cosy bars and charming restaurants in which you can enjoy the evening. The Campomanes marina has a good but somewhat expensive choice of bars and restaurants. Alternatively, you can go for an informal meal at Altea la Vieja’s chiringuitos, which are simple restaurants on the beach.

If you are looking for five-star accommodation, the Hotel Melia Altea Hills is your best choice, although it is located 3km out of town. The hotel overlooks Altea Bay and the historic town and offers superb facilities including the a health and beauty spa. A selection of three and two-star hotels are located directly on the main beach promenade of Altea, including the popular three-star Hotel Cap Negret and the two-star Hotel Altaya.

For those partial to a bit of sport, the Costa Blanca has some of the best golfing in Spain with Resorts like Melia Villaitana, La Finca, Las Colinas, Bonalba, and Alicante Golf Hotel.