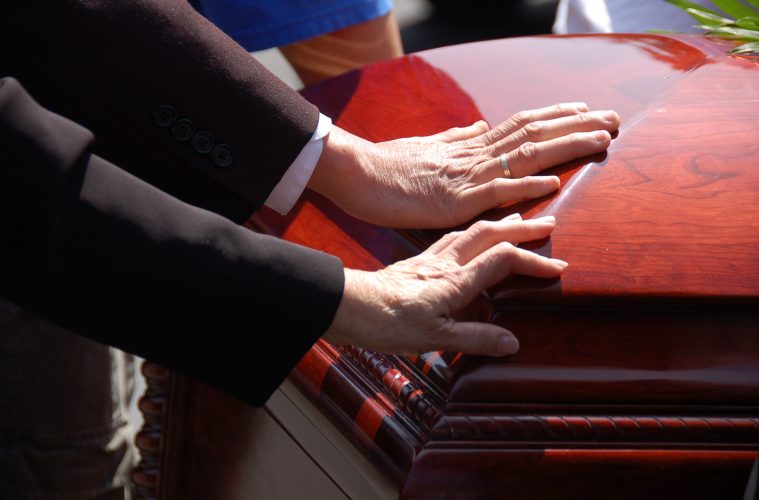 Suffering a bereavement is hard enough without the added worry of debt.

But sadly that’s the scenario facing an increasing number of British families as the basic cost of a funeral rises for the ninth year in a row.

Bills such as paying a funeral director, doctors’ fees, religious service and burial or cremation charges have risen 6.2 per cent in the last year alone – and 71 per cent in just six years.

While burial bills represented the highest increase this year, cremation costs increased by 6.6 per cent and funeral directors’ fees jumped by 5.3 per cent.

And in addition to the basics, death-related costs such as probate, headstones and flowers currently stand at £7,114, down slightly by 1.9% from £7,248 in 2011 primarily driven by shrinking estate administration costs which may reflect increased price competition and consumer awareness.

Worryingly the study reveals that 27 per cent of nearly 1400 UK adults surveyed have not thought about how they will pay for their own funeral.

This lack of planning has serious consequences for families as funeral poverty – the national funeral funding shortfall – rises this year to £117 million, a 38 per cent increase in the last two years.

The government’s support system, the Social Fund Funeral Payment Scheme, which is designed to contribute to the cost of funerals for the most vulnerable in society, is also struggling to meet mounting demand.

The funeral funding gap has increased £1,142 from £901 in 2004 to £2,043 this year – a 126% hike in just eight years – and the situation is likely to deteriorate further as funeral costs increase, economic austerity continues and the UK population continues to age and grow.

The 17% of respondents who struggled with funeral costs had to resort to serious measures to meet the shortfall with 20% putting the outstanding balance on a credit card, 10% borrowing money from a loan provider and nine per cent even resorting to selling their belongings to meet burial costs.

However despite rising costs and increasing funeral poverty, discretionary spending has risen. Spending on memorials, floristry bills and limousines have all risen by around seven per cent and now constitute 27 per cent of the cost of the average funeral.

Simon Cox, head of life planning at Sun Life Direct, said: “Debt, despair and distress are common hallmarks of arranging a funeral and there is no light at the end of the tunnel to suggest funerals will become more affordable.

Moreover, a difficult economic climate and increasing demand on public services make further state support unlikely. The vulnerable are too poor to die and we cannot let this situation continue.”

Dr Kate Woodthorpe, lecturer in sociology at the University of Bath, says there is still an attitude that once you’re dead, it’s someone else’s problem.

She adds: “As a forward-thinking nation we must encourage and help people to take responsibility for their own circumstances. National debate on social care in old age is focusing on the role of the individual in financial provision and the matter of funeral cover should not be left out of this conversation.”The number of deaths each year is expected to rise by 17 per cent over the next 15 years and the issue of funeral affordability deserves urgent attention if we are to give our loved ones the send-off they deserve.