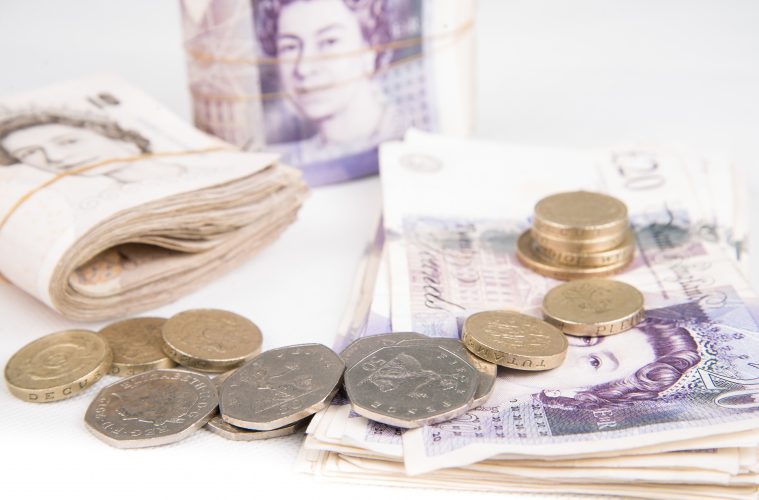 The seasons may be changing, but austerity Britain remains the same. We’re skint!

The leaves are on the ground and temperatures are dropping, but some things never change … the cost of living continues to soar with energy prices, childcare and food costs spiralling out of control.

And it will get worse. According to YouGov, more than half of UK workers don’t expect a pay rise this year. For many, such as teachers and nurses, this will be the third year in a row without a pay increase. Some 25 per ent of Brits admit to having nothing left in their bank account at the end of the month, while 11 per cent say they spend more than they earn – so you don’t have to be a financial genius to realise something has to give.

So how can hard-up Maxonians save some much-needed cash this autumn? Macclesfield Today has the answer, or at least we’ll have a stab at it

If Labour wins the next general election, it has promised to freeze energy prices. Does this mean prices will continue to go through the roof between now and 2015? What happens if Labour doesn’t win the next election? These are questions we all need answered.

Comparison sites will tell you there are big savings to be made by changing your provider to an independent supplier such as Spark Energy or First Utility, but what more can we do?

Obviously, the easiest way to reduce what you are spending, and reduce your carbon footprint at the same time, is to control your consumption. Huge savings can be made by making small changes to your daily routine.

Efergy, a UK based energy expert, recommends that you monitor your consumption, which can now be done via your smartphone. Simply by clicking the free app, or by using your laptop or tablet, you can see exactly how much electricity you are using in real time. For example, if you switch the kettle on, you will see within six seconds how many kilo watts it takes to boil, or if lights have been left on upstairs, you can tell as it will show up on the app.

Just by making little changes to our energy consumption habits can have a major impact on your electricity bill. In fact, it can cut as much as 20 per cent off your yearly bill.

Therefore, a family of four in a large house who pay roughly £120 per month for electricity could save as much as £288 per year just by changing their user habits.

For many of us, we don’t simply because we think we’ll be without broadband for weeks. However, switching is seamless and without delays in more than 90 per cent of cases and there are huge savings to be made.

The big 4 telcos, namely BT, Sky, Talk Talk and Virgin, dominate the broadband market even though they are clearly the most expensive. They play on consumers concerns and concentrate on headline catching deals. But, in every case, over the lifetime of the contract, the deals are more expensive.

Nowadays in broadband terms, cheaper does not mean inferior, so why not save yourself a bundle by changing to the cheapest deal in the UK?

Direct Save Telecom, which specialises in low-cost broadband, has recently launched the cheapest deal in Britain at just £1.95 a month for both home phone and totally unlimited broadband. With line rental only costing £9.95 a month, this is far and away the best deal out there just now.

There are genuine savings to be made in the home phone market. Many go for the more expensive anytime package, BT are currently charging £7 per month, which allows you to call a UK landline any time of day but for most this is a waste as mum and dad are at work and the kids are at school. The other big area to make savings on is cutting down calls to mobile phones from your landline as these really start to add-up.

Again by going with Direct Save Telecom’s £1.95 broadband deal, you get free evening and weekend calls at a low price and for no extra cost.

Chargeable calls with Direct Save are also a lot cheaper and can save the consumer a lot of money. For example, if a BT customer makes a 5 minute day time UK call, they will be charged 60p – that same call with Direct Save Telecom will only cost 47.1p, 21.5% cheaper. If you just make 10 of those call types each week that will save you £54 per year.

Calls to mobiles during the day and in the evening are also 8 per cent cheaper with Direct Save coming in at 10.95p compared to 12p with BT. So again, if a customer makes a five minute call 10 times a week to a mobile, they will save around £42 a year. Combine this with the £20 you save on line rental per year and the numbers start to add up.

4 – Be smart at the supermarket

Supermarket prices are going through the roof with many UK shoppers simply ignoring brands and buying low-cost goods or grabbing special offers. Shoppers are spending less at the check-out and visiting convenience shops more frequently as they watch their pennies each month.

Six out of ten Brits now own a smartphone according to IMRG, that’s up from January 2012 when just over half of the population owned one. The increase is smartphone use is changing our behaviour, with more than half now using it for shopping.

The top 3 cashback shopping apps in the UK just now are Shopitize, Quidco and Top Cash Back. They can all save you hundreds at the check-out, and what’s more it can be quite fun doing it.

If you are particularly interested in saving at the supermarket, the Shopitize app stands out. Shopitize is solely focused on the supermarket and offers fantastic cashback deals on some of the UK’s most popular items such as McVities Jaffa Cakes, Innocent Smoothies, Kellogg’s Crunchy Nut Cornflakes, Yeo Valley Creme Fraiche, Coca-Cola and Red Bull.

You can also earn more cashback from Shopitize by answering shopping questions and by learning interesting shopping facts. To get cashback, you simply snap your receipt, answer the questions or learn facts, and the cash will be automatically transferred to your PayPal or bank account within two days. The speed of the cashback process, as its automated, is much quicker with Shopitize compared to Quidco or Top Cash Back.

A regular Shopitize user can enjoy an annual save of £1,000+ at the supermarket.

Many Brits will never have heard of Efergy, Direct Save Telecom or Shopitize, but they offer deals which could save the average consumer thousands.