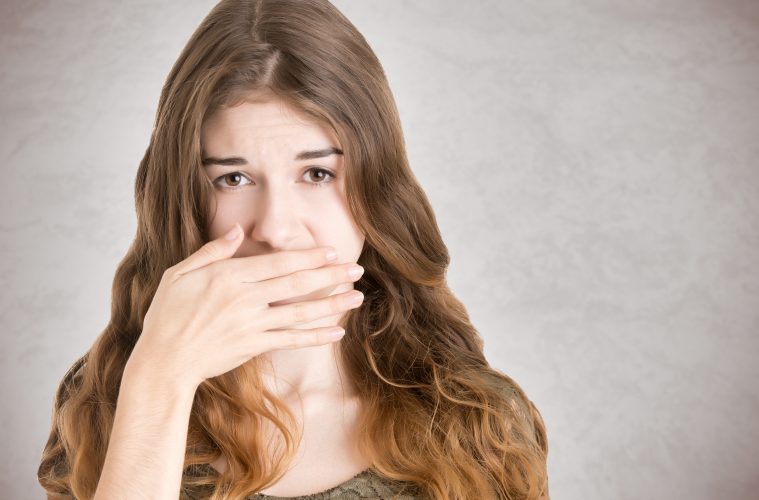 Bad breath is biggest turn off on a first date

Having bad breath is the biggest turn off for both men and women on a first date, according to a new survey.

The survey by tooth whitening experts Beverly Hills Formula found that 54 per cent of the 2,000 people surveyed said bad breath was their biggest turn off, ahead of bad manners which came in just behind with over 40 per cent of the vote.

Some 50 per cent put a potential date’s smile as the first thing they notice about the opposite sex.

However it is not just a happy smile that affects the chance of getting the object of your desire to agree to go out with you – 41 per cent of men said that the first thing they noticed when meeting someone of the opposite sex was the way they dressed, yet only 24 per cent of women said this was a factor.

Bad smells feature highly in the responses with both sexes aged between 17 to 65 years old putting bad personal hygiene as the biggest turn-off in the bedroom – way ahead of a selfish bed partner with almost nine out of ten people saying that smelly breath, stinky feet and bad body odour was a definite no-no when getting intimate.

The good news is that once we are in a relationship then 94 per cent of us value kindness in our partners over looks (5 per cent). And only 1 per cent said they value a good lover most. Though this was more important to men, with one in five saying that a selfish partner turned them cold to the idea of any romance, compared to 1 in 10 women.

Chris Dodd, managing director at Beverly Hills Formula, said: “It’s no surprise that bad breath has been voted as the biggest romantic turn off in the UK. Yet it doesn’t have to be a problem – whiter teeth and fresh breath are relatively simple to achieve.

“Practice good tooth brushing habits twice a day –using a big blob of toothpaste and brushing hard is not effective. It is best to use only a small amount of toothpaste, slightly larger than a pea is more than adequate. Brushing should be done in a circular motion, with only a light steady pressure so not to damage your gums. Make sure you cover the tooth’s entire surface.

“By using an effective whitening toothpaste such as one from the Beverly Hills Formula Perfect White range, you can keep red wine and coffee stains at bay and brighten your smile.

“And lastly, visit your dentist regularly. Twice a year is the recommended norm where you can see a dental hygienist for a good clean, and fill in any cavities which contribute to bad breath.”