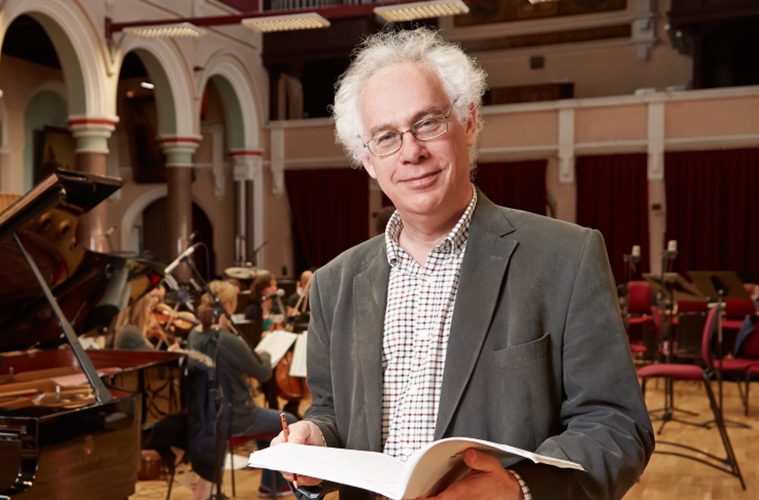 On Saturday 12 April, 7.30pm, the Northern Chamber Orchestra will be celebrating the 200th Anniversary of Macclesfield Heritage Centre with an exciting concert, which will take the audience through a two hundred year musical journey, beginning in 1813 with Rossini’s Overture, Italian Girl in Algiers, stopping off in 1914 with the Vaughan Williams popular masterpiece, The Lark Ascending, and finishing in 2014 with a world premiere of a new work by the internationally renowned composer, and Macclesfield resident, Adam Gorb, aptly entitled A Celebration!.

To add even more sparkle to this special concert at the Heritage Centre, NCO will be joined by world-class pianist, Steven Osborne, who will be playing Beethoven Piano Concerto no 2, as a rousing finale to an exceptional evening.

The NCO’s enjoyably varied programme also includes Spohr’sTheme and Variations and Suk’sMeditation on Saint Wenceslas. The progression through the musical eras and composing styles will be completed with NCO’s premiere performance of Adam Gorb’s new, fifteen minute composition, A Celebration!. Many of his other works have been premiered across the world, so this is a special opportunity for Cheshire audiences to be the first to hear his latest piece -in the historic surrounds of Macclesfield Heritage Centre. As well as being a distinguished and multi prize-winning composer, who has written for luminaries such as Evelyn Glennie and Wayne Marshall,Adam is Head of School of Composition at the Royal Northern College of Music in Manchester. Hiscompositions include orchestral, ensemble, chamber, solo and choral works, and they have been performed, broadcast and recorded world-wide. NCO commissioned Adam to write this brand-new workespecially for the Celebrate!200 Years of Macclesfield Heritage Centre concert, with the intention of bringing the 200 year musical journey bang-up-to-date.

Adam Gorb said: “Having heard many concerts with the NCO I was thrilled to be asked to write a piece for them: this is the first time I’ve composed a piece for an ensemble like this, without a conductor, so this has posed a new kind of a challenge!‘A Celebration’ is a positive observation of life in general, in five short movements, embracing humour, poeticism, energy, unpredictability, some introspection and finally joy. The piece is dedicated to the memory of my father who possessed all these characteristics in abundance.”

Macclesfield Heritage Centre has been celebrating its Bicentenary with a series of events, lectures and displaysspanning the bicentenary year from April 2013 – April 2014, and into summer and autumn 2014. Its concert season is building up to a finale-flourish with a couple of great concerts featuring two world-renowned artists – Macclesfield Music Society on 22 March at 7.30pm, with a recital by classical guitarist and hugely popular Classic FM recording artist, Craig Ogden, who will be including music written by Guilianiin 1814, and finishing with NCO’s concert on 12 April with critically-acclaimed pianist, Steven Osborne.

Nicholas Ward, NCO Artistic Director said: “The NCO loves playing at Macclesfield Heritage Centre and is proud to have been part of its development into a thriving, cultural venue in the heart of the town.”