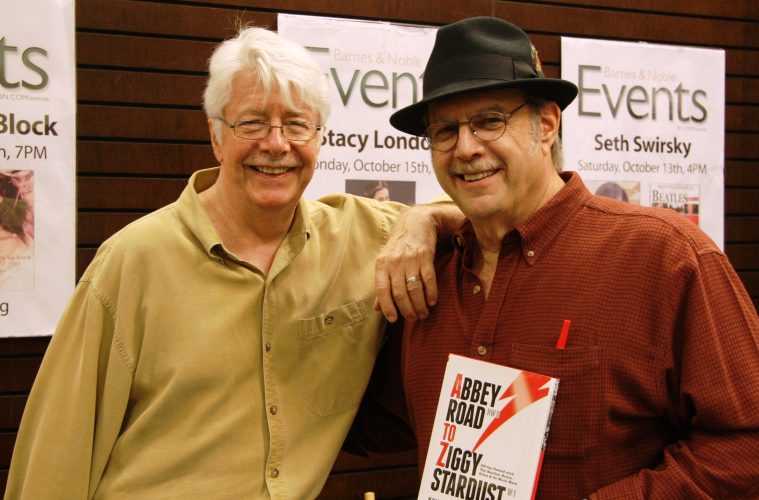 He has worked with top names including David Bowie, Elton John and Pink Floyd, and now legendary music producer Ken Scott has passed that experience on to students at MMU.

Scott, whose work includes Bowie’s seminal albums Hunky Dory and The Rise and Fall of Ziggy Stardust and the Spiders from Mars, took part in a special session for students on the BA (Hons) Creative Music Production course at the Cheshire campus.

Jason Woolley, Senior Lecturer on the course, said: “During his visit to us Ken not only talked to students about professional studio production and musicianship, he talked at length about successfully working in the music industry all the way from the 1960s through to the modern times.

“His credit list is so remarkable, and his dedication and career pathway so astonishing, that all who attended were able to gain so much from Ken’s professional insights.”

Woolley continued: “For the students this was a master class where the presentation contained a perfect balance of personal musical insights alongside excellent discussion on employability within the music industry.” Ken also presented up-and-coming student Tommy Moore with first prize for a mixing competition organised by MMU and recording studio hardware manufacturers Solid State Logic.

For the competition students were asked to mix a song using the university’s SSL AWS 924 console.