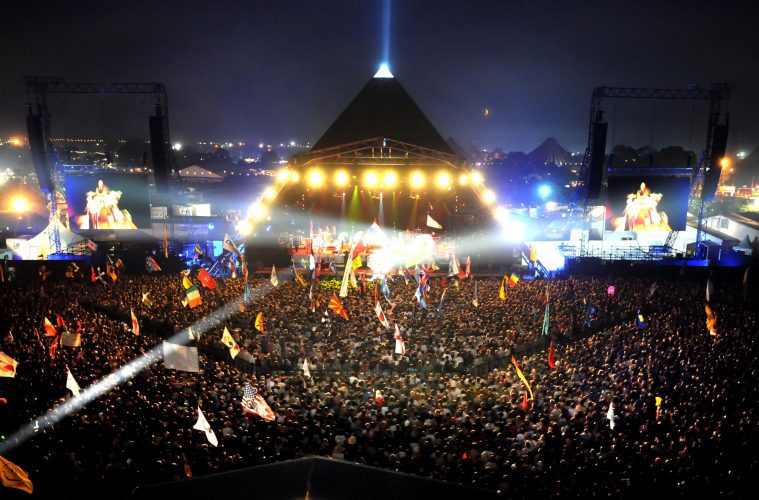 To many it seems well over the top, but the sheer scale of the BBC’s planned coverage of the Glastonbury music festival is now becoming clear.

Each will be on hand to guide the audience through the magic of Glastonbury as we capture the most memorable moments as they happen.

The BBC will broadcast over 250 hours of Radio, TV, Red Button and online streaming, with coverage from six key music stages including the BBC Introducing Stage, reflecting the range and breadth of acts – from the biggest headliners to new and emerging talent. Past performers on the BBC

The BBC will be broadcasting 30 hours of TV coverage across BBC One BBC Two, BBC Three and BBC Four.

BBC Two will be the home of the big headliners from Glastonbury, broadcasting some of the biggest acts and moments from across the weekend, with programmes presented by Mark Radcliffe, Lauren Laverne and Jo Whiley. Programme highlights across the weekend will include performances by the Pyramid Stage headliners Arcade Fire, Metallica and Kasabian.

BBC Three will provide a younger perspective on the festival. Presenters Greg James, Gemma Cairney and Jen Long will be on hand to bring Glastonbury to the BBC Three audience – including performances from acts including Rudimental, Ed Sheeran, Lily Allen, Haim and Sam Smith.

Across the weekend, BBC Four will also show performance highlights from some of the classic acts performing at the festival. BBC Radio

Following last year’s unprecedented digital output, this year’s BBC Glastonbury offering will once again give the most comprehensive digital coverage ever – whenever and wherever audiences are, at home or on-the-go. In 2013, a record 1.5 million unique browsers accessed the BBC’s digital Glastonbury coverage, with over 6m viewers on the BBC’s Red Button over the weekend and 42 per cent of total traffic across the weekend coming from mobiles and tablets.

In addition to the TV and radio coverage, six stages – Pyramid, Other, John Peel, West Holts, Park and BBC Introducing will be streamed live across four screens via PC, mobile, tablet and connected TV.