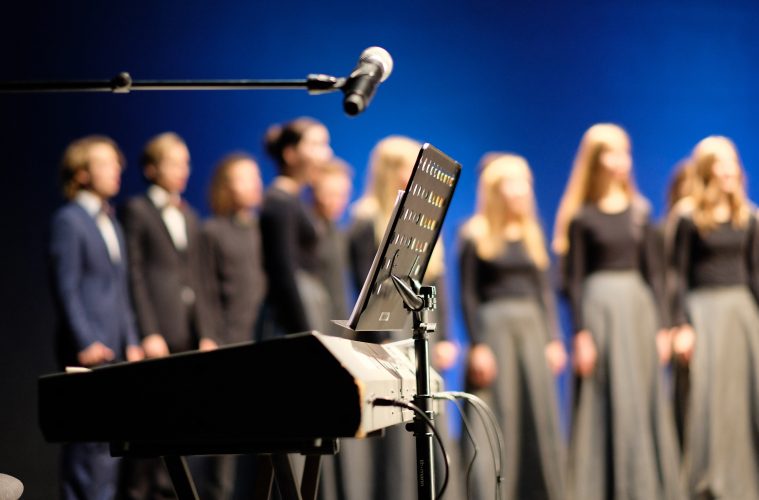 A night of celebration and remembrance compèred by BBC Radio Merseyside’s Roger Phillips at the Liverpool Philharmonic Hall on Sunday 27th April 2014 at 7:15pm.

The voices of the Wirral Community Choir and the West Kirby Light Opera Society have come together to form the “Celebration Singers” for this special concert. They are directed by Steve Mannings and Rob Bowness and they will perform with the internationally renowned Northop Silver Band directed by Thomas Wyss and the White Cliffs of Dover Dancers directed by Deborah Clark.

During the show, army veterans Eric Goldrein and Bob Barker will be interviewed by Roger Phllips – the stories of their experiences of D-Day, on 6th June 1944, are truly remarkable and very moving.

Eric had the hair-raising experience of being captured by a German Battalion, but managed to talk the German Commander into surrendering himself and his men – he has not lost his way with words 70 years later! Bob, just 20 years old at the time of D-Day describes the horror of seeing his mates being killed all around him, as he made his way to shore at dawn, and then the supreme relief many hours later of a simple, hot cuppa.

The programme is packed with variety. There will be solemn and glorious musical moments to reflect and remember, as well as many chances to enjoy the nostalgia of popular songs and tunes of the time.

The audience is invited to turn up in 1940’s outfits or wear battle dress and medals, and the join in a hearty singalong in the grand finale.

Some tickets are still available from the Philharmonic Box Office at www.liverpoolphil.com