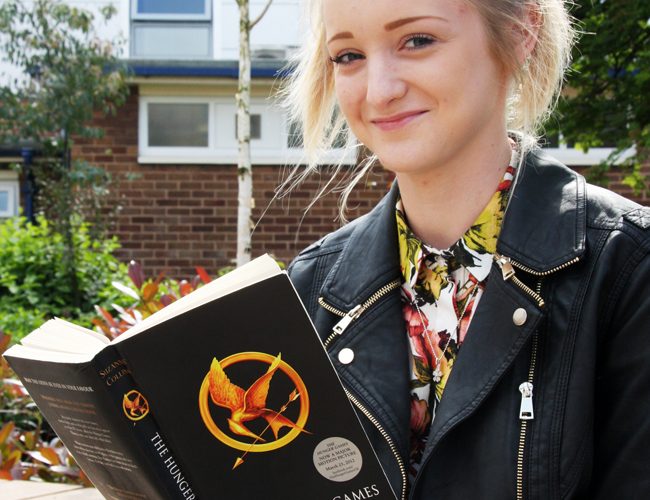 A student at Priestley College in Warrington is in line for a national literary award.

Connie Callon, 18, has been recognised in the Lancaster Writing Awards, which seeks to honour emerging talents and this year received more than 250 entries from across the UK.

Her piece about a dystopian world where ‘image is everything’ has made the final 10 of the awards.

Priestley tutor Clare Marshall said: “It is an achievement for anyone to be recognized in this way, but even more impressive for Connie given everything she has had to cope with in the past few years.”

The former Woolston High School pupil studied at home during the final year of her GSCEs due to illness, but still managed to secure five As.

She suffered from a fast heart rate, chest pains, dizziness, extreme tiredness and regularly passed out.

Her health issues have continued at Priestley College where she has received extra support, but her condition was only diagnosed earlier this year when doctors discovered she had POTS syndrome – a heart condition – and was also suffering chronic migraines.

The Hunger Games fan, who studies English, Psychology and Maths at Priestley College, was inspired by the mythology of Narcissus and the current obsession with body image.

She took it to a dystopian conclusion where everyone undergoes surgery at the age of 12 to look like one of two ‘models’ for each sex.

Callon hopes to continue her story further after she finishes her exams this summer and wants to go on to Lancaster University to study English.

If she is shortlisted further she will be invited to Lancaster University’s Sixth Form Conference in July for an awards ceremony.

All the judges in the Lancaster Writing Awards are members of the university’s teaching staff including Whitbread Prize-winning poet Professor Paul Farley.

Why continuous staff training is crucial for your business