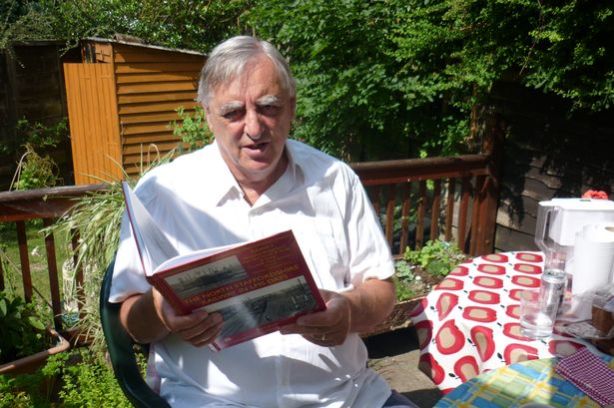 Basil Jeuda lays down his pen

Writer Basil Jeuda, arguably Cheshire’s most prolific author, is ready to lay down his pen. But just like the retirement of Freddie Flintoff a comeback can not be ruled out.

Jeuda, 76, the former leader of Cheshire County Council says he is finally ready to retire for the second time after completing a project close to his heart.

The author, who lives in Macclesfield, has written an astonishing 18 books, largely focusing on the local railway networks and the influence they have had on Staffordshire and South Cheshire dating back to the early 1900s.

His final project however is an illuminating work about the small Jewish community in which he was raised in South Manchester and the part they played in the First World War.

Jeuda wrote his first book in 1980 after rekindling his interest in local railways. A topic that had been a passion of his in adolescence but had faded as his professional career had taken off.

His previous work, the completion of a three-volume project on Staffordshire railways was supposed to be his last but after talking to friends in synagogue last year he changed his mind.

“I thought that something ought to be done to say what our small community did during the war and how it affected their way of life.�?

This will definitely be the last book he takes on however.

“I’m just tired really, I’m 76. It takes longer and longer in some respects to research. I had the research for this one collected so it was quite a quick turnaround.�?

“Having said that the railway book would be my last, this was a different subject. This was a more personal project and I was able to research, write and have the book printed in six months. I wouldn’t have the material to do that again.�?

Only a big event may entice him back out of retirement but he does not envisage that happening any time soon.

“The next big event would be the centenary of the synagogue opening but that is in 2027. I don’t see myself being around then however, so I am quite happy to rest on my laurels.�?

World War One and the Manchester Sephardim is available for purchase. Any enquiries can be directed to basil@jeuda.com.