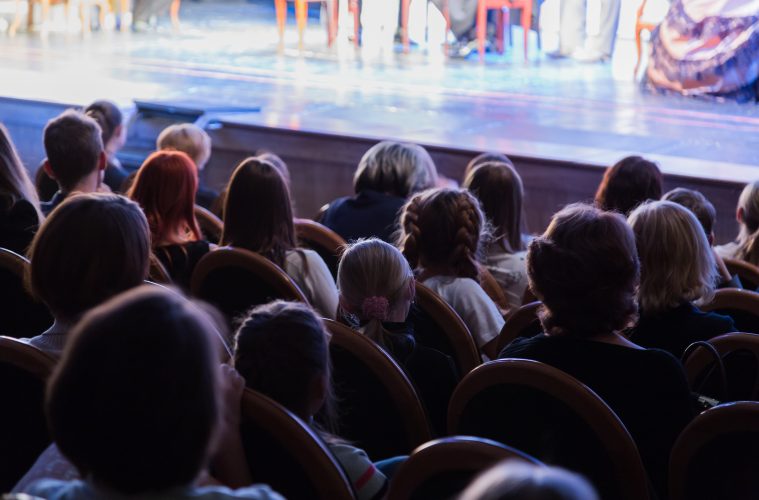 Singin’ in the Rain comes to Liverpool Empire

Following its recent sell-out season in London’s West End, Stage Entertainment UK has announced that the critically acclaimed Chichester Festival Theatre production of the musical Singin’ in the Rain will play the Liverpool Empire.

Vicky Binns said: “To be in a musical of this scale and quality is a dream job for me. I was blown away when I saw this production in the London, so it’s a thrill to bring it straight from the West End to Liverpool If like me, you have seen and love the film, it is a real treat to see how it can be brought so lavishly to the stage, if not, what a way to experience the story for the first time…you can’t beat live Theatre! The part of Lina Lamont is a gift of a role as the writing is packed with humour, pathos and well…fabulousness!”.

Don Lockwood is a silent movie star with everything he could want – fame, adulation and a well-publicised romance’ with his co-star Lina Lamont.  But Hollywood is about to change forever.  There is rumour in the studio of a new kind of film, where the actors actually talk…and sing…and dance.  Can Don and the uniquely voiced Lina make the transition and will chorus girl Kathy Selden fulfil her dream of stardom and capture Don’s heart along the way?

This production of Singin’ in the Rain opened at the Chichester Festival Theatre in summer 2011 and extended due to unprecedented public demand.  It then transferred to the iconic Palace Theatre in the West End in February 2012 where it received huge critical acclaim, four Olivier Award nominations, and played  to more than 750,000 audience members.

To play the Liverpool Empire from 22 April to 3 May. Tickets on sale now.