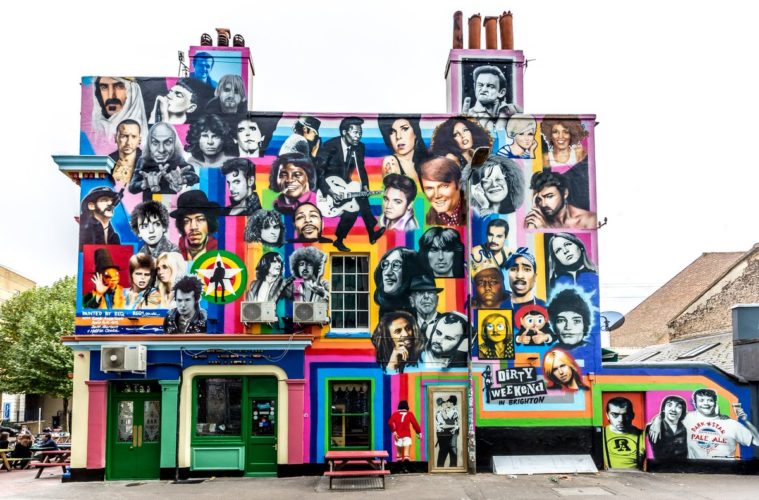 Jeremy Deller, who represented Britain in this year’s Venice Biennale, curates a new Hayward Touring exhibition opening this autumn at Manchester Art Gallery.
In All That Is Solid Melts Into Air Deller takes a personal look at the impact of the Industrial Revolution on British popular culture, and its persisting influence on our lives today. The exhibition combines contemporary music, film and photography with a vast range of 19th century images and objects. Deller approaches this wealth of material like a social cartographer, revealing the ley lines of cultural history. After the exhibition’s initial showing in Manchester, All That Is Solid Melts Into Air will tour to Nottingham, Coventry and Newcastle.

Deller will explore how the trauma of the Industrial Revolution and chaotic urbanisation affected British society, focusing on emblematic figures including; Adrian Street, born into a Welsh mining family, Street rejected a life in the mines to become a flamboyant androgynous international wrestler; James Sharples, a 19th century blacksmith and self-taught painter from Blackburn, famous for his much- reproduced image, The Forge; and music from industrial towns whose roots can be traced back through generations of workers in factories and mills.

The radical transformation of the landscape in the early industrial era is powerfully evoked in Victorian images of factories ablaze at night, shown alongside John Martin’s apocalyptic The Destruction of Sodom and Gomorrah (1852). Industrial folk music, the incessant rhythms and racket of the factory floor, heavy metal and glam rock, will also permeate the exhibition in sound installations and film.

The exhibition will be accompanied by a richly illustrated publication produced in close collaboration with the artist and featuring a vast range of objects and images, including new work by Deller, historical paintings depicting factories and forges, political tracts, poems and popular ballads against exploitation.