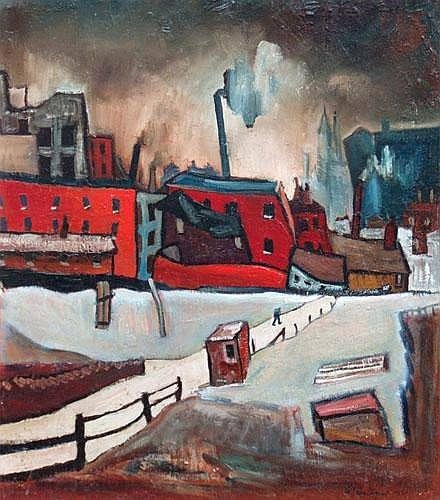 Twenty three worth over nearly £100,000 have been discovered in a discarded cardboard box in the studio of the late Congleton artist William Ralph Turner.

Found by his daughter while clearing out his studio, the rare watercolours date from 1949-1961 and have been unseen for decades.

The collection includes a mix of northern industrial scenes, rural landscapes, portraits and nudes, and is currently on display at Cheshire gallery, Clark Art, where owner Bill Clark is selling them for the Turner family.

The collection also contains a number of important oil paintings which hung in the artist’s house, along with an original sketch given to Turner by his friend L.S. Lowry in 1970 and a rare pencil portrait of Lowry, drawn by Turner.

Bill Clark said: “It is a truly amazing discovery. Bill was one of the last living great Northern industrial painters – the last of the Lowry generation. The collection is truly breath taking and has already attracted collectors from across the country.”

William Turner passed away this summer at the age of 93. He painted the industrial landscapes of the North West over a career spanning 50 years but although he was relatively successful in his early career he didn’t achieve national acclaim until he was in his 80s. He is now recognised as one of the North’s most important painters.