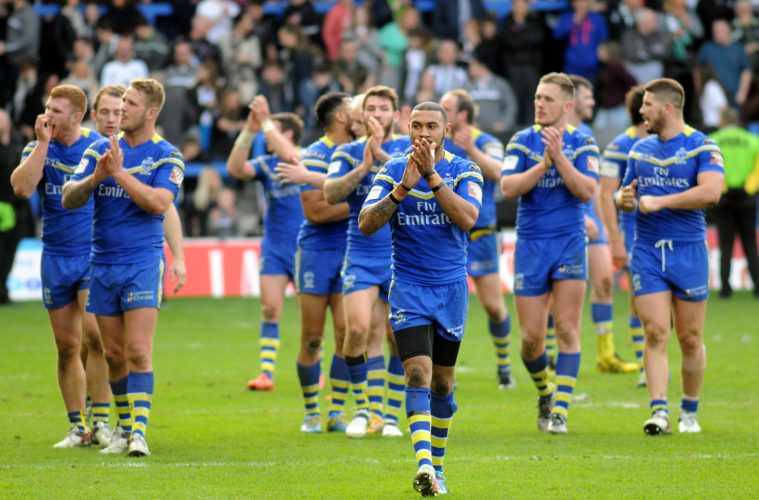 Warrington Wolves head of coaching and rugby Tony Smith has spoken of his pride at guiding the Wire to the Carnegie Challenge Cup final as he aims to deliver a third trophy in four years for the club’s supporters.

The Wolves taken on Leeds Rhinos at Wembley in what looks set to be a classic encounter between two top sides.

“We are very honoured, privileged and excited to be involved. It doesn’t matter how many times you’ve been there and participated in matches like this, I don’t think you could ever not be excited,” Smith said.

“I think experience does help and contribute to performances but that alone isn’t enough, you’ve got to go out there and perform on each and every occasion. Having the majority of your players with experience certainly helps; it also makes it exciting for the new faces who haven’t been there before. Understanding the rigours of a game like this is important.”

Wolves go into the match as favourites but Smith knows his side cannot take anything for granted and will have to battle with the Rhinos from the first minute to the last.

“They are a very tough opposition. They are a good and dangerous team and can perform at the highest level. They’ve shown that they are the sort of team that make you play for 80 minutes and if you don’t, they can hurt you; they put you on edge,” he said.

“But at the same time if we perform we can be dangerous ourselves and can prove to be a handful as well.”

Smith also admitted that selecting his final 19 for the trip to London was a difficult task, saying he had been forced to leave our players that “could easily – and probably deserve – to be there”.

But whoever starts for the Wolves at Wembley, the coach knows they will receive stirring support from Warrington’s travelling fans.

“One of my memories from the past is just how many people turn up from Warrington, which makes for a special occasion. The fact that they get behind us, and in the numbers they do, really does inspire us,” he commented.

Wolves half-back Lee Briers added: “Just to look out at a sea of primrose and blue, it doesn’t get any better and when the crowd starts singing that really spurs you on. We are going to need that again on Saturday so please make sure you are singing your hearts out and making plenty of noise.”