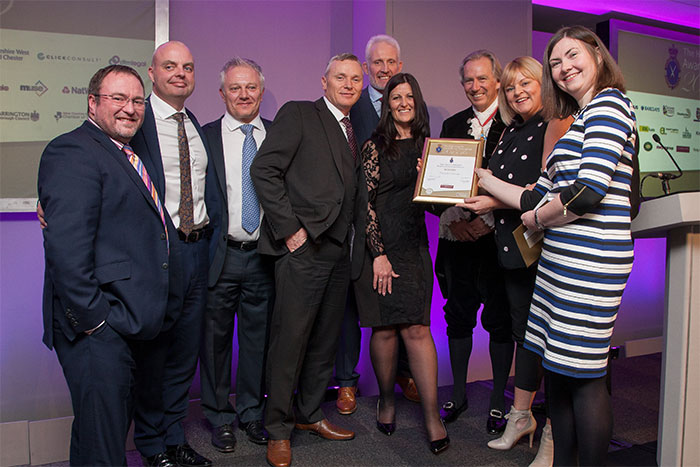 Janet Maughan is an academic, an environmental scientist, who, together with her farmer-husband Angus and their family, created a business that is sustainable and a beautiful amenity near the village of Audlem.

In the running for the High Sheriff’s Award for Corporate and Social Responsibility, the Overwater Marina Ltd is just a few years on from an idea hatched whilst looking out over the family’s farmland, where it adjoins the Shropshire Union canal, and wondering how best to diversify.

The answer was the marina which is currently home to around 210 narrow boats, with moorings for up to 230. Says Janet: “We wanted to build something that considered everything and everyone around it. It had to be sustainable and support the rural economy. Actually it’s gone one further and we have great links with the local community.

“During the planning phase we were very thorough and the planners were willing to support us.”

The marina was developed in 2009/2010 on land at their dairy farm. Inherent within its design was the goal that it would work with conservation, wildlife and the countryside. The business is a staunch supporter and active fundraiser for the RNLI.

This week’s MBNA supported High Sheriff’s Enterprise Awards celebrating a record year. The high-prestige Cheshire business awards initiative, run in partnership with the University of Chester, records entry levels at their highest to date and a finalists’ list that was, for the first time, dominated by female business owners 6-4 in this, its eighth year.

Professor Phil Harris, Executive Dean of University of Chester Business School said: “The awards reflect the vibrancy and diversity within Cheshire’s business economy and the increased level of entries is testament to their success.”