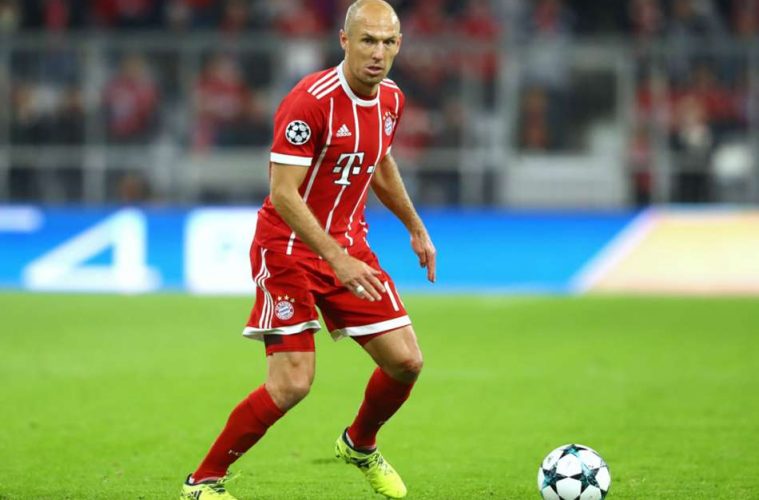 Manchester United are considering an audacious £25 million bid to bring Arjen Robben back to the Premier League.
The former Chelsea winger who has been one of Holland’s stand out players in the World Cup is seen a key signing by new manager Louis van Gaal who has a close relationship with the player.

Surprisingly, given his form, the German media report that his current club Bayern Munich would be prepared to sell, given the right price. At 30-years-old many within Munich feel that this will be the last time the player can command a significant transfer fee.

Although United have not made an approach they have been made aware that a bid for the player would not be rejected out-of-hand.

In an interview with Talksport, Roy said: “I think Louis wants him desperately to come to Manchester United.
Bayern Munich is also a big club and he is very happy there but you never know. With football, everything is possible.”

The biggest stumbling block may be Robben himself who did not really enjoy his last stint in the Premier League.

Asked before the World Club about a move to Old Trafford said: “Manchester United? That’s not an option. I am staying at Bayern Munich. Period.”

7 Tips from Experts to Build a Happy and Healthy Relationship