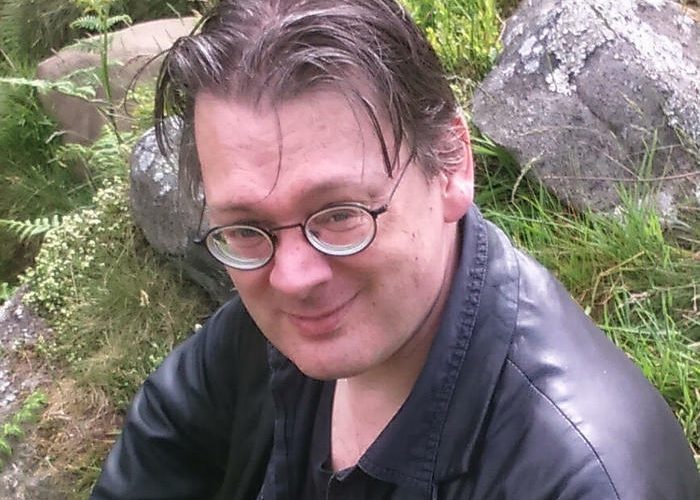 Cheshire Today’s former book reviewer has made his paperback debut with the publication of his novel, Silas Morlock.

Mark Cantrell’s novel, released over the weekend by the publisher Inspired Quill, is described as ‘a dark dystopian fantasy’, and presents a story of atonement and sacrifice within an age-old struggle of good against evil, where the redemptive power of literature represents the enduring strength of the human spirit.

It follows Adam, a misfit and a dreamer, living life for cheap thrills in the urban sprawl of Terapolis – a vast global city. He is hooked on the most powerful drug known to man, but when his dealer Caxton is murdered, he is plunged into a shadowy world of intrigue and betrayal, where an age-old horror lurks and nothing is quite as it seems.

“We’ve loved working on this title,” said Sara-Jayne Slack, managing director of Inspired Quill. “It’s incredibly relevant to today’s wave of technology, and it has a very important message to relate to its readers without being preachy or patronising – a difficult line to balance on, but one that Mark has managed to do very well indeed.”

Mark, 44, a journalist by trade, works for Excel Publishing in Manchester where he writes about the social housing industry. Originally from Bradford, West Yorkshire, he now lives in Stoke-on-Trent and commutes to Manchester. He has also reviewed books for Cheshire Today.

Silas Morlock is Mark’s second novel. He’s previously ventured into the Indie publishing scene, self-publishing his first novel (Citizen Zero, 2010) and a small range of horror shorts for the Kindle and other electronic reading devices, but this is his first time with a third party publisher.

“It’s been a tremendous experience working with the guys at Inspired Quill. They’ve done a marvellous job, and I’m really proud of what we’ve achieved together,” Mark said. “Silas Morlock is a great story – well, I would say that! – but it’s also very much a homage to the power and beauty of literature, going all the way back to our ancestors gathered around those long-lost hearth fires of ancient times, sharing their tales by word of mouth. Forget the medium, we’re all storytellers – and this is mine.”

The book is released in digital and paperback editions, and is available from Amazon and other leading retailers.