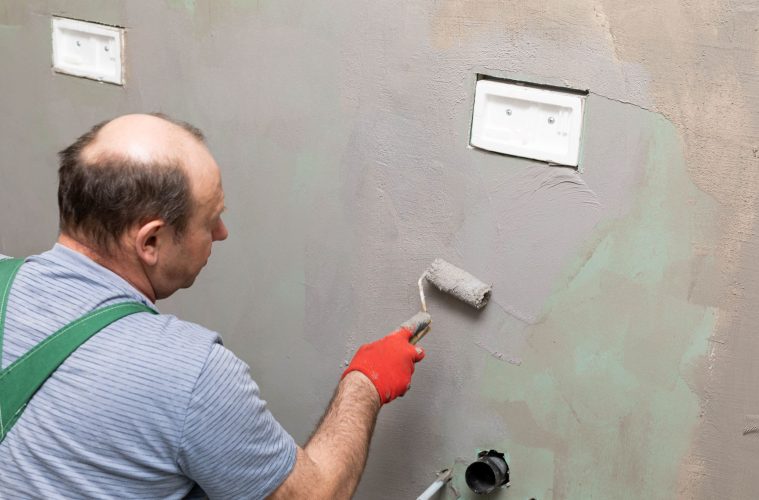 How much does it cost to damp proof a wall?

Damp is a problem that directly impacts several other homes which causes innumerable concerns for homeowners, who believe that fixing the problem involves complex, chaotic, and expensive work.

Fortunately, many damp cases can be dealt with easy and economical solutions, as long as your trader knows what exactly they are doing. You’ll want to know the costs involved if you decide to do a more comprehensive job, in fixing rising damp for instance.

Damp proofing is a term generally used for all strategies and procedures for preventing damp absorption via walls or floors further into the interior of a building.

Damp as well as rot can inevitably cause significant damage to the building, and so it’s important to recognize and fix the damp as quickly as possible to prevent potential greater damages. When there is no established damp-proofing or if the physical barrier has been damaged, everything can lead to complications, such as rising damp, dry, and damp rot.

Our guideline will illustrate what you should expect to pay for the services of a damp proofing professional so that you can start your project.

Types of damp and how to treat them

There are three main factors which contribute to dampness: condensation, penetrating damp, and rising damp.

Condensation has always been responsible for a variety of damp cases in residential dwellings.

As a result of water vapor condensation as it is mounted on a cold wall, floor, or roof, the water may be absorbed into the surface, resulting in moisture and damp.This moisture can all be created while taking a shower, cooking, or drying laundry inside, and is more prevalent when temperatures fall outdoors.

Usually, this form of damp can be managed with basic lifestyle changes that cost a relatively small amount. Open windows if needed, use of an exhaust fan, maintaining the inside temperature stable, or putting a dehumidifier would be enough to fix the problem.

But, when the damp or the mold have propagated, renovating work may be needed.

Penetrating damp occurs when walls including joinery are exposed to intense, continuous moisture. From the outside, these may occur from improperly managed rainwater piping, cracks in the wall, or hairline breaks in the render.

From within the building, it could be caused by flooding bathtubs, showers or washrooms, damaged tiles, or broken pipes.

Once the problem has been found, it’ll be easy to repair, with costing starting at £ 100 or so to fix the roof tile, to £500 to substitute the uPVC window and any renovations which need to be completed.

Rising damp is very rare, but perhaps one of the most difficult types of damp to resolve. This appears to be caused by moisture below the surface, which rises to the walls. It can end up causing crumbled skirting boards, water marks at the walls, including mineral concentrations, leaving a dry, powdery material on walls and floors.

Houses are normally constructed with a damp proof course/DPC, a little above floor level, to deter moisture from rising, but when this failed, or if the property does not have a DPC, so rising damp would develop. Based on the severity of the rising damp, it can be a more complex and expensive repair job.

There are so many triggering factors of rising damp and all boil down to damp proof course/ DPC problems in your house. When the DPC is bridged by another structure, this needs a simplistic solution. But, if you have to upgrade the DPC for your entire house, then it’s going to be more costly.

For an easy case scenario with limited damage, it might cost as little as £400 to repair both the problems as well as the breakage. When the problem is left untreated and causes substantial harm, you may be dealing for as much as £16,000.

As the actual removal of a DPC is a complex procedure and will require a large deal of construction work, the most effective cure for rising damp is to introduce a chemical DPC, strip plaster from the interior walls, punch holes throughout the walls and inject a chemical that will create a barrier against more moisture.

Most of the expense involved derives from the replastering of the surface after the procedure has been conducted. Costs vary greatly between various regions and different vendors, but the estimated amount is approximately £ 70 per meter of the treated wall, or about £280 each wall.

Throughout the house, the expense can increase to a few thousand pounds if more walls are to be handled. It can sometimes be less expensive if the plastering, as well as the decoration, will be handled separately until after treatment has been performed.

If the outside ground level is above the height of the DPC in the building, the DPC is useless and the water may spill directly from the ground to the walls, allowing dampness to occur.

A straightforward solution for this is to make the land sunk outside by digging out the soil and sealing it either with concrete slabs or gravel, ensuring that the incident will not happen again in the future.

Excavating out the dirt outside a modest house and spreading gravel over the surface will only cost between £ 400 and £500. Building a concrete pathway will cost as high as £2,000 for a smaller house, and double as much for a bigger house.

It is crucial to concisely identify the problem while dealing with damp. It’s also useful to talk to several traders and comparing prices when it comes to a troubling damp problem, and asking for a few suggestions before initiating the costly damp treatment.

You may also communicate with an independent surveyor to seek assistance in diagnosing the damp problem and asking for recommendations before inquiring to tradesmen.