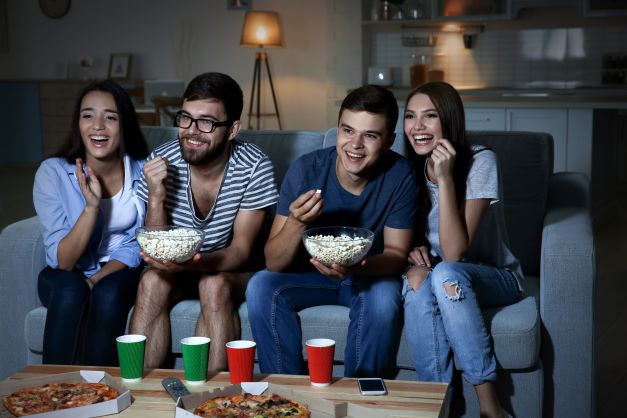 Great Movies for Any Mood

Few would deny that it’s great to have access to several relatively cost-effective TV series and movie streaming platforms that boast thousands, even tens of thousands of titles to watch. However, there’s a lot of poor content out there, and even the stuff that catches the headlines of tabloid news sites can be draining.

So, for those who don’t fancy scrolling through hundreds of tiles and don’t want to commit hours upon hours to that must-watch series that gets good eventually, here are some top movies that feature on popular streaming platforms and suit just about any mood.

Inspirational movies come in all shapes and sizes, but the key underlying similarity that binds them is that, regardless of what they aim to say, the movies are very well-made. A film has to be good to be classed as inspiring, as boring movies only inspire you to switch to something else.

This list of movies is loaded with such great films, but as not all of them are available to stream, we’ve plucked three of the best that are available. With the perfect line, “Learn to be happy right now. Otherwise, you’ll run out of time,” few would argue that The Intouchables isn’t inspirational.

It tells the story of a paralysed aristocrat and a boy from a poor neighbourhood who become the most unlikely of friends. The 2011 flick that’s based on a true story is currently streaming on Netflix. Also well worth a watch on Netflix is the Hilary Swank and Clint Eastwood boxing film Million Dollar Baby and the tale of a drummer striving for perfection, Whiplash.

The term ‘feel-good movie’ is thrown around so much now that it essentially hints at a soft film that doesn’t say much but makes you smile at some point. However, there are still some top-quality movies that come under this banner, with this stack of films listing several titles that are worthy of your time.

One of the more recent, which you perhaps wouldn’t think would fit this classification, is The Martian. This film sees Matt Damon’s botanist character left stranded on Mars after a frantic escape, following his methods of staying alive while trying to signal back to Earth that he needs to be rescued.

For more traditional feel-good movies that align towards comedy and romance, you can’t go wrong with the British classic Four Weddings and a Funeral starring Hugh Grant and Andie MacDowell on Prime Video. Alternatively, there’s the more recent comedy that catapulted Emma Stone to the limelight, Easy A, on Netflix.

While it’s certainly becoming more prevalent thanks to online streaming, there aren’t too many non-English movies that make it to the British market. For the most part, there was – and mostly still is – a very high bar for a movie with subtitles to make it in English-speaking markets, which does make it quite easy to find a great film.

The first that comes to mind, and which made it to the top of these foreign rankings, is Pan’s Labyrinth. Set during the Spanish Civil War, the 2006 flick available on Prime Video is actually a very dark fairytale that’s centred on a young girl completing tasks put to her by a mysterious faun to save her mother.

You could also turn to the one that made headlines most recently as an Academy Awards winner, Parasite. Seen as the magnum opus of visionary director Bong Joon-Ho, the dark comedy is on Prime Video, as is the iconic French flick Amélie, starring Audrey Tautou, about a shy do-gooder in Paris.

If you just want to sit back and relax to a guaranteed good film, you’ll find all of the above on UK streaming platforms right now.