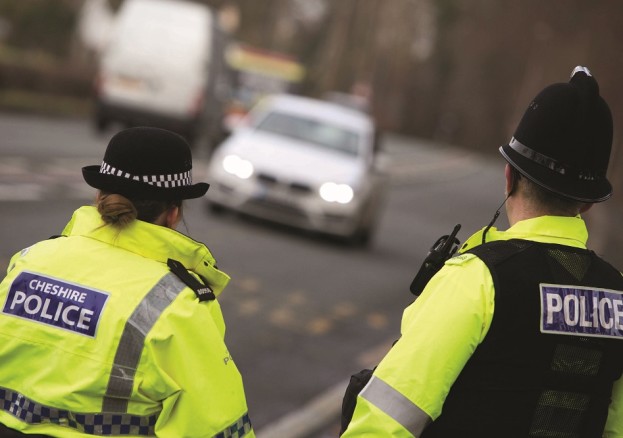 The aim of the operation was to tackle offenders who target the rural community and raise awareness of Rural Crime issues throughout Cheshire.

The operation kicked off at 8pm when officers taking part in Operation Crossbow were joined by more than 30 farmers and gamekeepers, who volunteered to assist in the operation.

The volunteers attended a briefing at Wilmslow police station where they were updated on the latest intelligence information. Once they were up to date the farmers were then allocated specific areas to work from, at locations across Knutsford, High Leigh, Wilmslow and Macclesfield.

They acted as the eyes and ears for the operation, gathering intelligence and reporting any suspicious activity, which was then acted upon by officers taking part in the operation.

Chief Inspector Sarah Heath said: “As part of our We’re Here commitments we want to remind those living in rural areas that we’re not just here for our towns and cities.

“For members of the rural community who unfortunately are victims of crime, it can have an impact not only on the people themselves but in some cases their livelihoods.

“Rural Crime is any crime that affects those living, working or visiting rural areas of the UK. Serious and organised crime groups are often linked to rural, heritage and wildlife crime particularly in relation to theft of agricultural machinery, hare-coursing/animal cruelty and cannabis cultivation.”

“Operations like last night’s show that by engaging with the community we can help prevent them becoming a victim of crime, we can build on the relationship we have and, more importantly, tackle an issue that has such an impact not only on people themselves but in some cases their livelihoods.”

police and our rural communities is vital and so I was delighted to see so many members of the public working with the Constabulary as part of this operation.

“I made rural crime a priority within my policing plan for Cheshire. This operation demonstrates the increased focus that is now being given to support our rural communities to prevent and tackle rural and wildlife crime.

“The impact of rural crime on local communities, businesses and people’s whole way of life cannot be underestimated. This is why we must continue to work together to help keep our rural communities safe and have a police force that is there, where and when it is needed.”