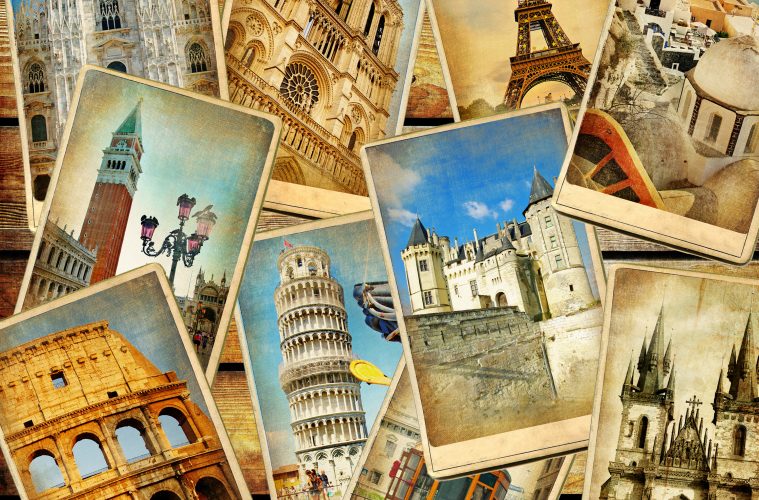 The regularly-voiced desires of family, friends and colleagues to jet off to the sun would make you think that Brits are constantly heading to the Continent.

But in fact one in four UK travellers hasn’t ventured into Europe in the last five years as holidaymakers shun their dream destinations in favour of tried and tested locations.

And despite 88% of the nation wanting to see more of Europe, one in five of us has only ever been to one other European country in our lifetime, if any.

Cost, the Euro-crisis, the prospect of over-complicated journeys and not being able to speak the local language are the most common barriers preventing us from exploring Europe, according to a new survey of 2,000 adults.

As a result, holidaymakers are now far more likely to opt for a tried and tested destination within their safety zone, rather than exploring the Nordic region of Europe that houses many of the dream destinations they actually wish to see. The top five countries on the UK’s wish list currently include Italy, Switzerland, Iceland, Norway and Sweden.

Unfortunately the decline in European travel has also had a detrimental effect on the nation’s general knowledge, especially among the under 45s whose prime travel years have been worst hit by the economic climate.

Over 40% of those quizzed didn’t know that Russia was a European country and a further 31% thought that Iceland fell outside of Europe too.

A third of those surveyed couldn’t name the countries that make up the Benelux and almost one in ten didn’t know that the Berlin Wall is in Germany.

When it comes to foreign currency the survey shows we are equally challenged, with one in five unable to recognise the Polish Zloty as a European tender and one in ten believing that Lev, the Leu and the Krona didn’t qualify as European currency either.

Almost half of us can’t speak a European language. Of those who do, French is by far the most popular with 31% being fluent in the language of love compared to just 12% that speak German and a mere nine per cent who have Spanish.

Huw Williams, Marketing Director at Leger Holidays which conducted the research, says: “Europe holds some of the most exciting and vibrant destinations in the world and it’s disheartening to see that people aren’t making the most of these locations, especially since they’re right here on our doorstep.

“We were equally shocked to hear the reasons that people gave for limiting themselves to certain destinations and giving up on their ideal holidays. If the thought of visiting somewhere unfamiliar causes any concerns, there are numerous escorted tours and services available which offer additional support and expertise.

“We’d also challenge people to look outside of the more obvious ‘budget’ sector where certain airlines or networks will dictate which destinations you’ll be able to access. There are plenty of other options available on the market; many of which offer great value for money and a chance to venture off the beaten track, or a specific holiday resort, to experience more of what that location has to offer.”

There’s only so much you can learn from reading books and travel guides. Experiencing a country, and its cultures, first hand is one of the most valuable and memorable ways of truly taking in a destination. The research also revealed that average UK resident has only experienced 17% of Europe – seven out of 41 countries.