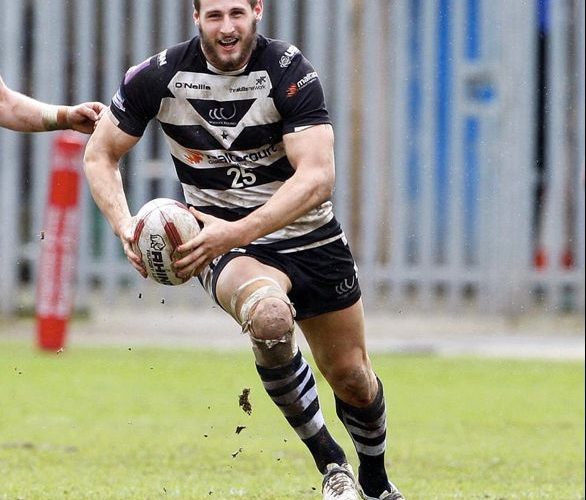 Widnes Vikings front rower Alex Gerrard has signed an extended contract that will keep him at the Super League club until the end of the 2015 season.

Six months ago the 21-year-old decided to put his university studies on hold for a year in a bid to earn a full-time contract and Vikings head coach Denis Betts is delighted to see the move pay off for the forward.

“The commitment and level of improvement he has shown have both been fantastic and week in, week out his performances are dictating that he is deserving of a place in the starting 17,” he said.

“It seems only fair that we utilise all of the energy and enthusiasm he has got and put it into the team and keep him here for as long as possible. So rewarding him with a new and improved contract was an easy decision to reach and I have no doubt that we will be extending his contract again further down the line.

“Alex is well aware of the continued hard work involved in being a professional sportsman and being in a full-time environment has really spurred him on. He has a great attitude, works really hard and still has plenty of talent and skills that are yet to show themselves.”

Gerrard has risen through the youth ranks at Widnes, having joined the club as a 16-year-old after a junior career with Golborne Parkshide and Hindley ARLFC. He made his senior debut in 2010 in a Challenge Cup tie against Wigan Warriors.

The forward, who scored his first try for the club last weekend against Hull KR, said that he is pleased to be able to continue his development under Betts.

“In the year that Denis arrived, I was missing for a long time through glandular fever and when I was fit enough to compete again, I played for the reserves. I was fortunate enough to get the Player of the Year award that year and Denis always kept a close eye on me and shown an interest in my progress and before too long, he welcomed me back into the first team set-up,” he said.

“Things are going really well for me at the moment. I featured in the last five games of 2012, I was picked for all three preseason games and I’ve been selected for our opening three Super League games this year.

“Signing a long-term contract at the club means that I can now fully focus on playing and not have to worry about any other distractions. I’m taking things one game at a time and working hard on my consistency. The secret now is to keep up my level of performance to ensure I maintain my place in the side.”